The Incredible Palma to Soller Train 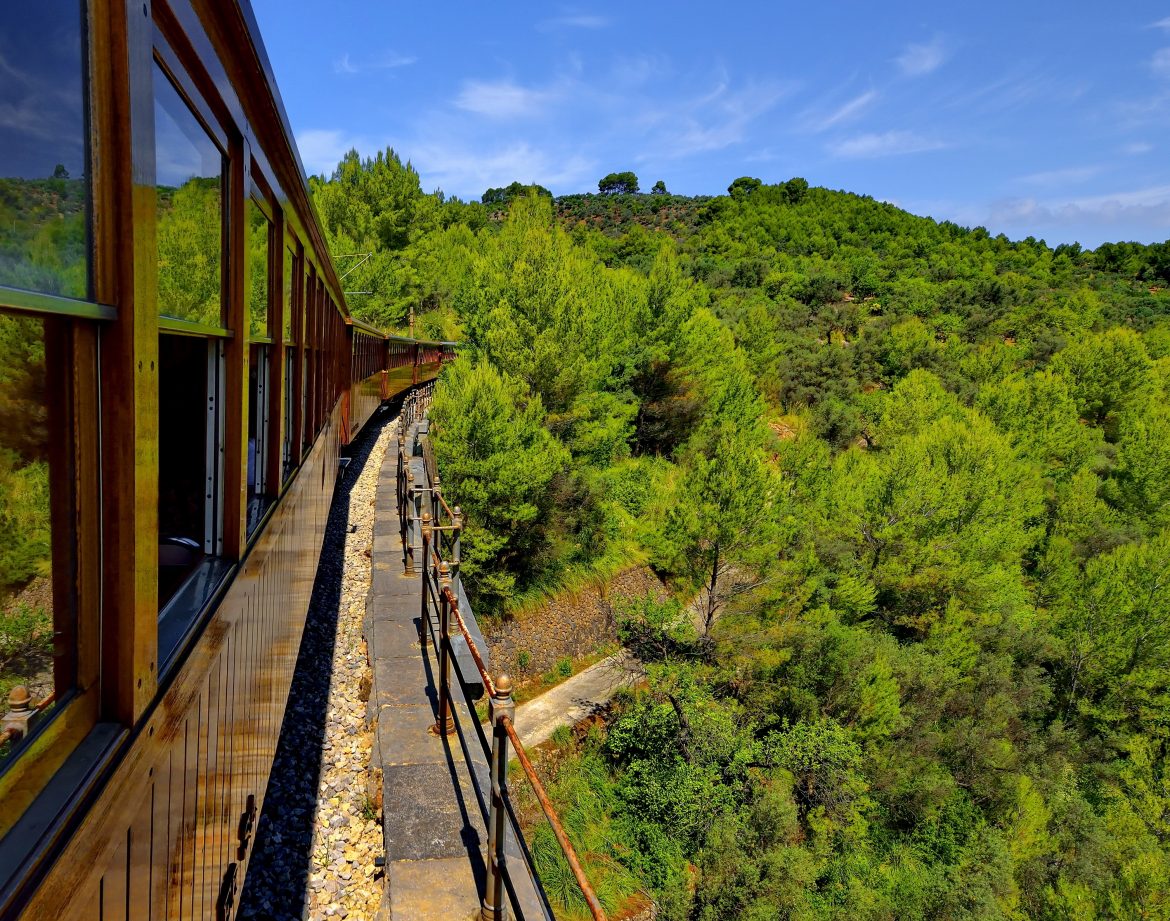 The Incredible Palma to Soller Train

A trip to Mallorca is not complete without experiencing this incredible Palma to Soller train ride, otherwise known as ‘El Tren de Soller’.
Over 100 years old and still running, this unique wooden vintage narrow gauge provides a great opportunity for visitors and locals alike to take in the glorious Mallorcan countryside and escape the hustle and bustle of the city.

The journey begins at the historic ticket hall in central Palma and takes you through the streets of Palma before opening out into the plains, passing through fields of almond, pine, olive trees and ancient estates. Along the way the train stops at the charming country towns of Son Sardina and Bunyola where you can hop off to amble through the town and take some photographs. From here the journey gets even more interesting, entering a 3km tunnel and then a dizzying series of bends throughout the Tramontana mountains and after a journey time of 1 hour reaches the pretty town of Soller.

From here you can take in the sights of the old town or hop on the Soller tram, yet another piece of historic transportation, which rumbles gently past green fields and aromatic orchards to arrive at Soller’s stunning seaside sister, Port de Soller, which in our opinion is well worth the trip.

A slice of history

The historic train was originally introduced to transport citrus fruits from the Soller Valley to the capital Palma. But the transition from stagecoach to train was not an easy one.
The majestic isolation of Soller, set deep in the Serra de Tramuntana mountain ranges, was hampering trade development, preventing passengers and goods being easily transported to and from the islands main port of Palma. Back in the day, one had the arduous journey of crossing a high mountain via the Soller pass, a steep narrow dirt track which proved exhausting for the animals and drivers alike.

The cogs were put in motion in 1893, when an exciting idea from Soller residents was put forward by businessman Senor Jeronimo Estades. The proposal was to build a railway from Palma to Soller, via Valldemossa and Deya. This first proposal was promptly rejected and again in 1903 due to the high costs involved. But in 1904, a proposed direct Palma to Soller line received the support of the town’s residents and work finally began in 1907.

It was a difficult and time consuming project. The biggest challenge standing in the way was the Sierra de Alfabia mountains, which had to be tunnelled through to create a passage 2856 meters long, under the Coll de Soller, with several tunnels and trenches having to be dug out along the way.
The mammoth effort paid off and after 4 years of construction and 27 kilometers of track laid, the first train reached Soller in 1911. It was such a relief for the locals and a momentous development for the economic future of the island.
Today the Palma to Soller train still runs, but as a must do tourist attraction to experience a slice of authentic Mallorca.

Need a luxury villa as a base for exploring the Island?